Japan - Origins of the Dead Dutchman Society of Tokyo

History is my hobby, especially that of the interface between Japan and the outside world. That is why some years ago I started an annual commemoration of a young Dutchman who had played a part in opening Japan in the 19th century but who had since faded into obscurity. This was the start of what was to become the Dead Dutchman Society of Tokyo.

The young Dutchman was Henry Heusken, the secretary to the first US ambassador to Japan, Townsend Harris. Henry, who had a significant role in many diplomatic negotiations between the western powers and Japan, was murdered by dissident anti­foreigner samurai in Tokyo in January 1861.

In those mid-19th century days, the European powers and the USA were trying to persuade the Japanese to open up to trade and commerce after more than 200 years of seclusion. During that two-century isolation from the rest of the world, the only Europeans allowed into Japan were the Dutch, who had maintained a trading post in Nagasaki. 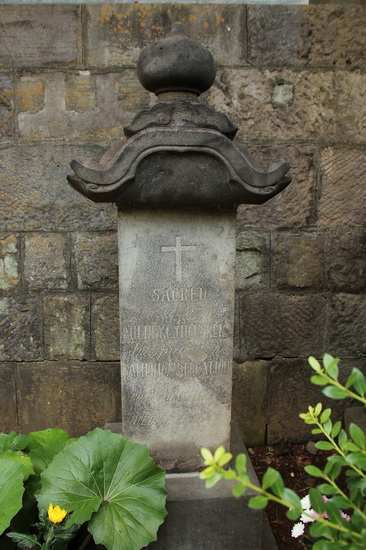 The Hollanders were discouraged from learning Japanese - in case they learned too much about Japan - and as a consequence there developed a hereditary body of Japanese interpreters of the Dutch language. When the other foreign powers carne knocking on Japan's closed doors in the 19th century, the Japanese Dutch interpreters were pressed into service in the negotiations and any foreign government wanting to communicate with the Japanese government needed Dutch speakers. Contemporary accounts of the various negotiations describe the laborious process of translating from Japanese to Dutch then Dutch to English, then back from English to Dutch and then back to Japanese. That's why Henry Heusken was in Japan at this time.

I started the commemoration of Henry's memory nearly 30 years ago. I felt that his place in history had been neglected and something should be done to remember him. Every year on or around January 15th, the day of his murder, I visited the Korinji temple in central Tokyo where Henry's grave lies in a quiet corner. Eventually friends joined me in this ritual including Karel van Wolferen, a Dutch writer and academic, then the Tokyo correspondent of another Dutch newspaper, NRC Handelsblad. We would leave flowers - tulips of course - and make an offering of Heineken Beer -after drinking a graveside toast of Genever or Corenwyn to our long-dead friend. This is now the tradition.

In 1993 I heard that the Dutch Embassy in Tokyo was planning an event to commemorate Henry. The then Netherlands ambassador Roland van den Berg had conceived a plan and Marion Penninck, the cultural attaché at the time, had commissioned an investigation into Henry's death which was carried out by a Dutch historian, Reinier Hesselink. This investigation identified the murderers and a paper by Hesselink formed the basis of a joint meeting of the Japan-Dutch, Japan-USA and Japan-German scheduled for March 1994.

At the January 1994 Heusken memorial lunch the new cultural attaché joined Karel and myself and we decided to pool resources to make the Embassy's event a success. As Japan Airlines public relations director, it was easy for me to arrange to fly the historian in from Hawaii, where he had moved after his studies in Tokyo.

After the special 3-party meeting took place, we had a memorial event at the temple graveyard, with the Dutch, German and American ambassadors, catholic and Buddhist priests and others, in a re-enactment of Heusken's funeral in 1861.

Since then, the number of people joining the annual visit to the grave in January grew and generally about 15 to 20 attend. I forget who coined the title but we eventually became known as the Dead Dutchman Society, and I was acknowledged as the founder.

A few years ago at the lunch after the annual January tomb visit somebody had mentioned the grave of another long dead and neglected Dutchman, Gijsbert Hemmij.

Hemmij, the head merchant of the Dutch East India Company's Deshima trading post in Nagasaki, had the misfortune to die in the charming little town of Kakegawa on his way back from to Nagasaki from Edo (the old name for Tokyo) where he had been paying homage to the Shogun, the supreme lord of Japan. Kakegawa was once an important stop on the old Tokaido road that went from Tokyo to Kyoto. It is about a two-hour Bullet train ride from Tokyo.

The unfortunate trader was laid to rest in the graveyard of Kakegawa's Teneiji temple on June 10 1798. For many years afterwards the temple received funds from Dutch sources for its upkeep. There was a major restoration in the 1920's but although there were occasional Dutch visitors -diplomats and historians - the flow of funds for upkeep dried up.

Nobody in the Dead Dutchman Society seemed to know much about it so I went down to Kakegawa to take a look. The bed-shaped grave lay very close to a road, which had been widened some years earlier, taking away land from the temple. Time and the elements had damaged the stone and it looked badly in need of restoration and conservation.

On my return I wrote an article about Hemmij for a local magazine and at later meetings of the Dead Dutchman Society, the poor state of the trader's tomb was discussed in detail. An alert Dutch diplomat, Minister Heidsma, took the initiative and funds were raised to pay for a specialist restoration company to clean the stone and apply a special protective coating to prevent further water damage.

For my small part in promoting the restoration movement, I was invited to join the official delegation of some 10 people who traveled to Kakegawa from Tokyo in March 2006. An official roster of all those attending prepared by the city office listed me as "Official Representative of the Dead Dutchmen Society."

Teneiji's chief priest chanted a prayer for Hemmij's eternal repose. The mayor of Kakegawa gave a speech of welcome and expressed his appreciation for the restoration. The ambassador then responded, with an account of how this had come about, finishing his address with a toast of Corenwyn, which was, the ambassador noted, a Dead Dutchman Society tradition.

The Dead Dutchman Society of Tokyo has no official membership list but the participants include business people, academies, diplomats and writers. By custom the Dutch Ambassador is our patron. Although predominantly Dutch, we included this year an American diplomat, representing Townsend Harris, the first US ambassador to Japan and Henry's boss. We also have among our members a Buddhist priest who chants prayers for Henry's eternal repose and two retired airline Japan Airlines executives -one of whom was the JAL boss in Amsterdam many years ago and thus claims a Dutch connection and myself, the only English member but the founder, by accident, of the Dead Dutchman Society of Tokyo.